May and might: will these modals suffer the fate of ‘will’ and ‘shall’?

Will one of the pair be absorbed, assimilated and altogether subsumed into the other?

Most native speakers of English will be familiar with the following type of exchange, either experienced in a classroom, or overheard, or reported as fact. The example highlights the difference between capacity and permission.

‘Can’ versus ‘may’: no problem. One is possibility, the other is permission.

But the distinction between ‘may’ and ‘might’ is subtler and more problematic. Both these modal verbs suggest possibility, though ‘may’ is a shade more likely than ‘might’. I may go to a royal wedding if invited. On the other hand, pigs might fly.

To add to the complication of this near-dichotomy, ‘might’ is the past tense form of ‘may’. But this is its less troublesome usage. To illustrate: in Jane Austen’s novel Pride and Prejudice (1813), Mr Wickham would not say ‘I may have attended the ball at Netherfield last night’; rather he would say ‘I might have attended the ball at Netherfield.’ As the character was known to have received an invitation, permission wasn’t in doubt. He chose to stay away, which meant that he could speak only of possibility.

Clear enough in the past tense but when speculating about possibility in the present or future we’re likely to experience potential problems. ‘They might have arrived already’ is scarcely any different from ‘They may have arrived already’. Likewise, ‘I may be late for the meeting’ is virtually indistinguishable from ‘I might be late for the meeting’.

Other modals, such as ‘would,’ ‘could’ and ‘should’ tend not to cause such difficulties. Modals, which have been called ‘helping verbs,’ often indicate the attitude of the speaker. ‘I would go if I could’ is several nuances removed from ‘I may go if I can’.

This confusion may (or might) be regarded as a linguistic uncertainty principle. And confusion often arises because modals express two kinds of meaning: probability and permission. ‘Prince Charles may become king’ is ambiguous, as the heir to the throne of England has on his side both permission and likelihood. Contrast this example with ‘Prince Charles may visit Rome next year,’ which needs little clarification. As permission is assumed, it’s only possibility that remains a question.

These examples may have helped. Or they might have caused further confusion.

Perhaps it would be easier if we all went back to speaking Latin. 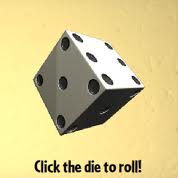 I know you don’t have an oodle of time so I’ll make this brief.

There’s a pattern in English that drives me bonker: that is, slightly annoyed. Jeeper-creeper but it’s irritating the way many of our plurals have no singular.

A few of these I can understand. What use would a binocular be? One might as well call it a telescope. And no one but an amputee would qualify as a bossyboot or a butterfinger. Even a one-legged person would still buy jeans. Try purchasing a pant, a trouser or a pyjama. Likewise using a scissor wouldn’t cut anything, nor would a tong be much use.

Yet surely there’s humour value in offering my congratulation for a mediocre effort. I could compliment someone scant of hair on their goldilock. By the faintest of praise, I could damn an indifferent candidate on the husting or compliment a slovenly person on his table manner.

In the arena of humour, opportunities abound for the singular version of a common plural. I could append a marginalium. A simple sum that flummoxes I could describe as a mathematic. I might refer to a time of life as the Middle Age.  I could tell an indifferent performer he’s in the doldrum or on the outskirt. And a weak villain I could label with a skull and crossbone.

So in that spirit I offer you my best regard and send my sincere thank. 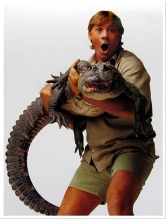 Strewth! Or should that be ‘S’truth’? Is there something innately malleable about the Australian accent?

Granted there are three distinct varieties of this accent: (1) cultivated, e.g. Geoffrey Rush (ii) standard, e.g. Hugh Jackman and (iii) and broad, e.g. the late Steve Irwin, Crocodile Hunter. Even so, the accent does not weather as well as others in the English-speaking world. Why?

People arriving as adults in Australia from elsewhere in the Anglosphere usually retain their native accents to a greater or lesser degree, no matter how long ago they arrived. If you emigrated to Australia five, ten or twenty years ago you probably still retain the distinctive tones of your Irish, Canadian, Scottish, English, American, Welsh, Indian, Sri Lankan or South African origin. Friends and relatives in your birthplace might think you sound Australian these days but your antipodean colleagues would disagree.

Turn that equation around. I know many Aussies who have moved to the UK, Canada or the USA. A few retain their accents but many more go native. They adopt the vowels as well as the idioms of their adopted country. It can’t be easy, surrounded by those dominant vowel sounds, to resist. But for some reason, the Australian accent seems easier to lose than others. Is it perhaps because we want to let go? Consciously or not, are we willing assimilationists and does this say something about the culture that some of us are leaving? Are many of our expatriates burdened by an innate linguistic inferiority complex, so ready are they to shed their origins?

We do sound like no one else on Earth. Perhaps some speakers are ashamed of their accent, or simply feel a desire–conscious or otherwise–to sound more like their new compatriots or colleagues. For some it’s even vocational. Mel Gibson, though born in the US, was raised in Australia and until he went to Hollywood had a distinctively Aussie accent. But living there, and acting in countless American films, it can’t have been easy to hold out against the pervasive accent takeover. Anthony LaPaglia has suffered a similar fate. And yet others, notably Olivia Newton-John and the late Heath Ledger, have resisted that powerful linguistic undertow.

We are famously difficult to imitate.  When actors and comedians in other countries of the Anglosphere try to imitate our sound, it’s more often than not a disaster. The more skilled almost make it but not quite. Imitators are seldom on the Dick Van Dyke scale of awful (if you haven’t heard him attempting a Cockney accent as Bert the Chimney Sweep in Mary Poppins, treat yourself!). Australian audiences have been long accustomed to Britons and Americans trying but failing to conquer an Aussie accent. Even the usually infallible Meryl Streep couldn’t quite manage it in Evil Angels, though that was in the days before British TV audiences were deluged with sunburnt accents from Neighbours and Home and Away.

And the rising inflection? Is it our most distinguishing characteristic? Or is it just an annoying verbal tic? And once you start sometimes it’s hard to stop?

All of which brings me to the plight of New Zealanders. It’s a different country. It’s three hours due west by air at the closest point (see earlier blog post ‘Big Distance, Little Difference’). Sure it might have started out as a district of New South Wales but it became a colony in its own right almost two hundred years ago and country in 1907. But it has suffered from being a small landmass proximate to the geographic behemoth to its west, and a cultural backwater, according to some, by comparison. I don’t hold with this big-sister/ little-sister dichotomy but the scale has meant an economic drain as well as a brain drain comparable with Canadians heading to the US, and other countries of the British Isles leaving for England. And as anyone in Australia can verify, Kiwis do sound different: not quite English, certainly not South African.

Is it so surprising then that a recent report from Canterbury University suggests that a significant number of Kiwi immigrants to Australia have been altering their accents? Some claim that this is because of teasing and peer group pressure; others cite allegations of being misheard and therefore misunderstood in areas such as customer service and hospitality. Also, those sheep-shagging jokes wear a little thin after a while.

One New Zealander quoted in the study, a teacher at a working class school in Perth, has sought to change his accent because pupils thought he sounded too English and too posh—evidently undesirable qualities in that school. A female Kiwi learned a new pronunciation of Flinders Street in Melbourne because nobody on a tram could understand her intended destination. I have my doubts about that one. Isn’t it just possible that some passengers were being bloody minded?

Then again, what exactly is the Australian accent? When I listen to old recordings of Sir Robert Menzies or Sir Donald Bradman, there’s a creaky Englishness to their pronunciation that isn’t heard much nowadays. The educated or refined accent has shifted and will continue to shift, partly with changing demographics and partly a globalised workforce and commuting communities. Just as so-called Estuary English is affecting the mean average of British-English pronunciation to the point where even the Queen’s accent has been influenced, so the Australian accent is slowly morphing from broad to a more globalised softened sound.

And that’s only our traditional accent, derived from the flattened vowels of East Anglia and the lively speech of London’s East End. That older accent has been undergoing subtle shifts on myriad fronts, including the trans-cultural influences of immigrant families from Europe, Asia, Africa and the Pacific. If you visit the cultural melting pots of inner-western Sydney or Melbourne’s northern or south-eastern suburbs you’ll hear a wide variety of accented-English. Arguably these manifold pronunciations are having a stronger effect on southern continental English than the American sitcom and the rock and roll lyric. London is taking on a Globish kind of accent, innit? So on the opposite side of the globe the English sounds are slowly changing too. Good luck trying to wrap your larynx around this one, Meryl.